Study Reveals Having Kids will Probably Make You Miserable | Infacol

Babies. They’re awfully cute to kiss, cuddle, coo at and post ridiculously innumerable Instagram pics of. But when they’re your own, you can’t simply return to sender once the fun’s over — so just how much of a good time is it to be a parent, really? 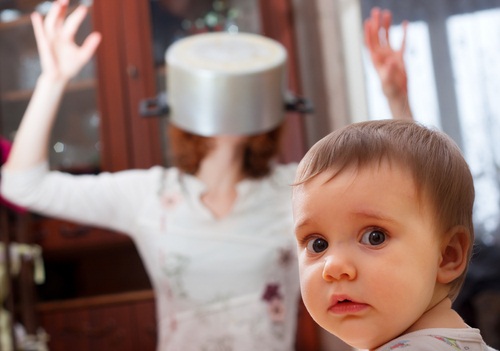 According to a new study, not much at all. In fact, research suggests that the effect of a new baby on a person’s life in the first year is, on average, worse than divorce, worse than unemployment and worse even than the death of a partner.

In a study published in the journal Demography, the depressing results revealed that having a child can have a strong negative impact on a person’s happiness – at least during the first two (turbulent) years of parenthood.

Researchers Rachel Margolis and Mikko Myrskylä followed 2,016 Germans who were childless at the time the study began until at least two years after the birth of their first child. Participants were asked to rate their happiness from 0 (completely dissatisfied) to 10 (completely satisfied) in response to the question, “How satisfied are you with your life, all things considered?”

Germany has, today, the lowest birth rate in the world, and the research project’s aim was to find the reasons behind a longstanding contradiction in fertility found in many developed countries: the discrepancy between how many children people say they want and how many they actually end up having. In Germany, most couples say in surveys that they want two children. Yet the birthrate in the country has remained stubbornly low — 1.5 children per woman — for four decades.

Margolis, a sociology researcher at the University of Western Ontario, and Myrskylä, director of the Max Planck Institute for Demographic Research, found that most couples in their study started off fairly happy when they set out to start a family. And in the year prior to the first child’s birth, their parents-to-be reported an even greater degree of life satisfaction; possibly due to the anticipation of the baby.

But postpartum, most mums and dad’s joie de vivre took a nosedive.

About 30 percent remained at about the same state of happiness or better once they had the baby, according to self-reported measures of wellbeing. Of those mothers and fathers whose happiness decreased, 37 percent reported a one-unit drop, 19 percent a two-unit drop and 17 percent a three-unit drop.

On average, new parenthood led to a 1.4 unit drop in happiness; a plummet considered “very severe” by quantified results in comparable studies – the effects of divorce, on average, measuring the equivalent of a 0.6 “happiness unit” drop; unemployment, a one-unit drop; and the death of a partner a one-unit drop.

The consequence of such negative experiences surrounding having a child was that many of the research respondents curtailed their original vision of the ideal family size.

Margolis and Myrskyla wrote that challenges of new parents that impacted their decision to have another fell into three categories. The first two had to do with health. Mothers reported physical pain and nausea conflicted with their desire to work. Fathers expressed concern about the medical issues of their partner. Second, complications during the birth were an obvious factor in their decision to not “go through it again.”

The third category was the most influential and was about “the continuous and intense nature of childrearing.” Parents reported exhaustion due to trouble breast-feeding, sleep deprivation, depression, domestic isolation and relationship breakdown.

Viewed on its own, the Demography study will surely have a powerful contraceptive effect on those contemplating the responsibility of raising a child, but the results can be misleading; the first two years of parenting are undoubtedly the hardest – and that’s where Margolis and Myrskyla’s investigation stops. A cross-cultural study post 24 months in would be a more accurate, positive depiction of how kids change your life; the initial experience is like shellshock – but as your little one grows, so do you, into a new skin better adapted to deal with the daily challenges of this significantly altered existence.

And yes, you won’t be happy like you once were. Because your understanding of true happiness will be redefined.

Read one mum’s touching (hilarious) response to the study, HERE.

Infacol contains Simethicone. Always read the label and follow directions for use.

For all product and medical information queries or to report adverse events or product complaints please contact us at: infacol.com.au/contact-us or call 1800 506 750 in Australia.
If you get any side effects, talk to your doctor, pharmacist or nurse. This includes any possible side effects not listed in the package leaflet.
warning: always read the label, follow the directions for use. if sysmptoms persist, talk to your health professional

Copyright © 2022 Infacol. Teva Pharma. All Right Reserved. Infacol® is a trademark of Teva Group of companies.